A drawing language that reflects, in a static drawing, the dynamic processes that a perennial can go through and the role of each part of the plant on this development.

Perennial plants include both woody and herbaceous plants that go dormant each year for a season, storing their energy in a protected organ from which it can re-sprout the following season. These plants can be characterized in different life forms that have been developed by scientist Christen Raunkiaer. Perennials have developed 'organs of resistance' - such as bulbs, corms, and buds - that allow them to endure stressful periods of drought or cold winters. 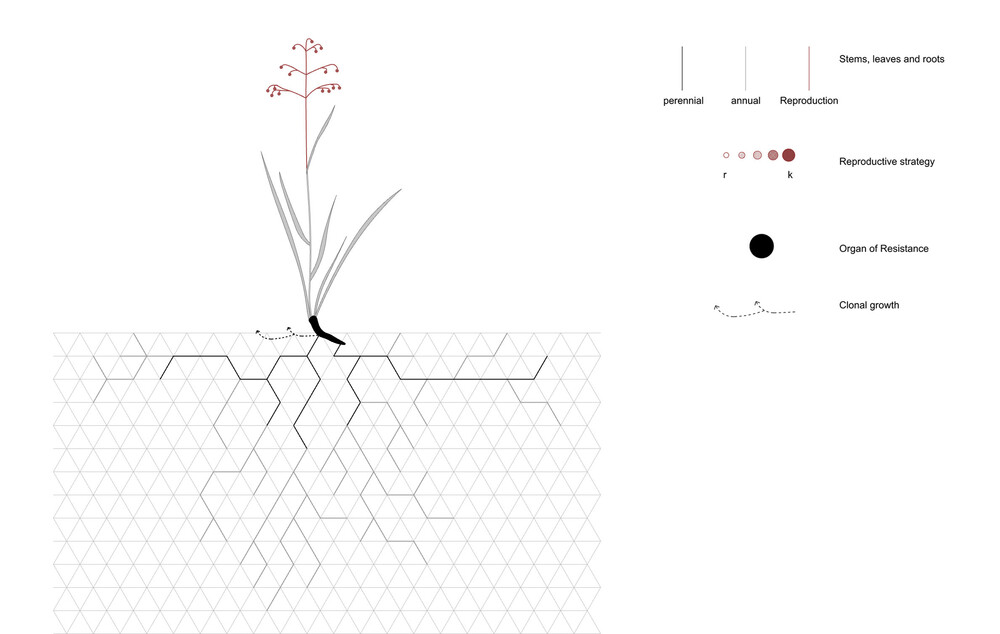 The language for perennials standardizes a method for representing which parts of the plants are annual (they have a one-year cycle), which are perennial (they have a multi-year cycle in which they go dormant for a period), and the flowers and seeds, which are dedicated to reproduction. A plant's strategy for reproduction exists on a spectrum from high-investment and low quantity offspring (R) to low-investment and high quantity offspring (K), which is show when drawing the seeds. The drawing also includes the Raunkiaer life form classification by showing the organ of resistance and its method of clonal reproduction. 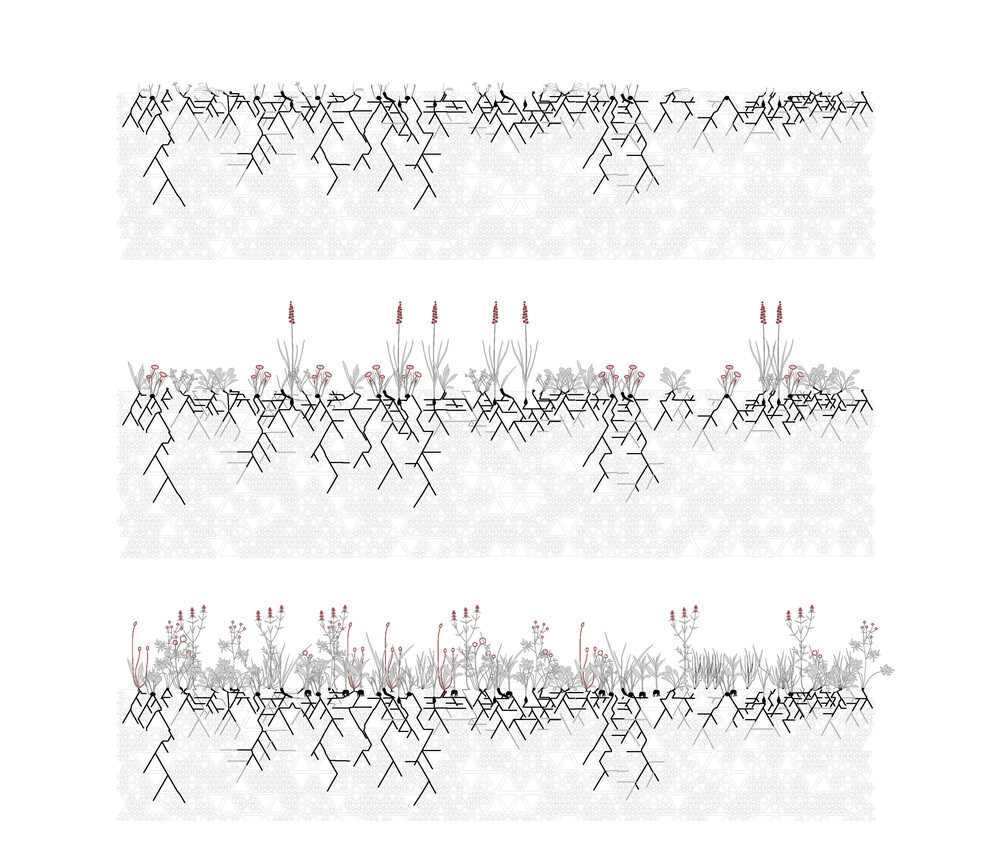 Drawing the seasonal change of the front meadow in the Great Dixter, England. © Chair of Being Alive, 2021.