Evolution of the forest in Senan

Research about the forest in Senan as part of the Garden of the XXI century research project.

Since the first third of 1900 and till nowadays, the forest surface in Catalunya has been constantly increasing. What in 1955 was estimated as a 40% of forest surface (Schwarzlmüller, 2008 in Cervera et al., 2015), in 2020 has reached more than a 60% of the global coverage of the land in the region.

Evolution of the forest in Senan, 1946-2020. Source: Institut Cartogràfic i Geològic de Catalunya.

This dynamic might chiefly respond to two factors: the massive deforestation that took place during the XX century in order to increase the tillable surface, and the succeeding policies of reforestation in the earlies 1900; and the demographic dynamics that from nearly 1950 are, in Spain, guided by the exodus of the rural areas resulting in the abandonment of a substantial portion of the previously cultivated fields.

After stopping their management, the barren lands start a process of development guided by the dynamics of the site, where climate and soil work along with the most adapted vegetation to the current conditions. This ever-changing situation tends, through succession, to evolve towards being a forest.

The plots that conform the research project in Senan are mainly located in these “in between” areas in a process of transition after the earlier or later human abandonment. 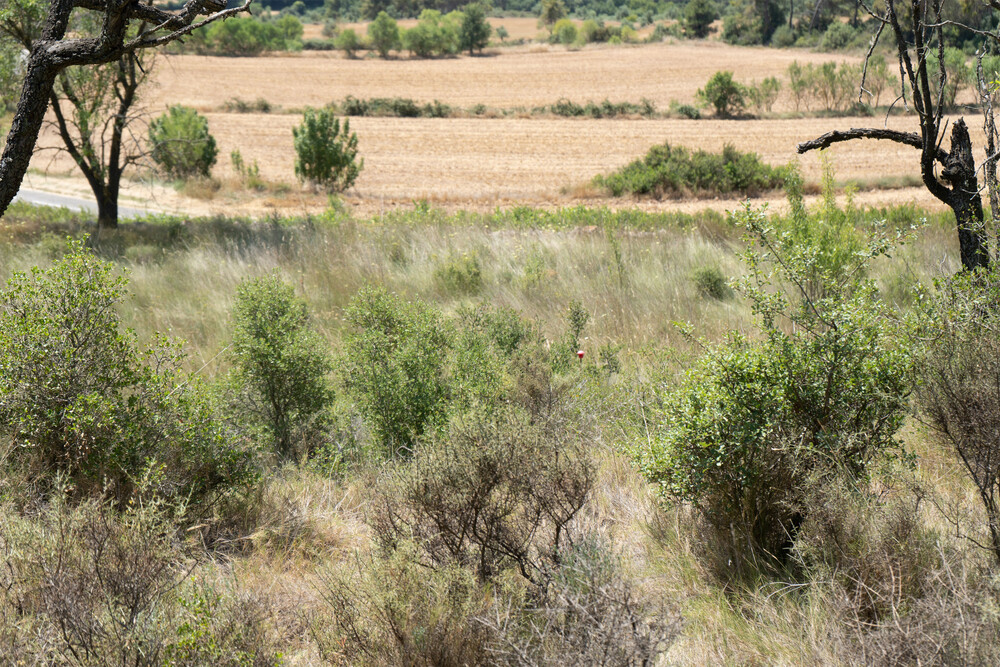 Senan, the garden of the XXI century.

The gardeners of the XXI century. Seminar HS21.

The garden of the XXI century