The Köppen-Geiger Climate Classification, published by Wladimir Köppen in 1900 and later updated in 1961 by Rudolf Geiger is the most frequently used system for classifying climates.

Based on parameters of temperature and precipitation and their influence on the growth of particular vegetation, the system subdivides the climates into five main categories: (A) Tropical, (B) Arid, (C) Temperate, (D) Cold, (E) Polar; which later are subdivided based on parameters such as aridness, seasonal precipitation or draught, and summer/winter warmness or coldness.

Köppen-Geiger’s Classification allows us to draw a general idea of the relationship between temperature, precipitation, and vegetation in specific regions, and to establish connections between these parameters and their role on a global scale.

An updated version of the Köppen-Geiger map, published by Peel, Finlayson and McMahon in 2007 is available in different formats here. 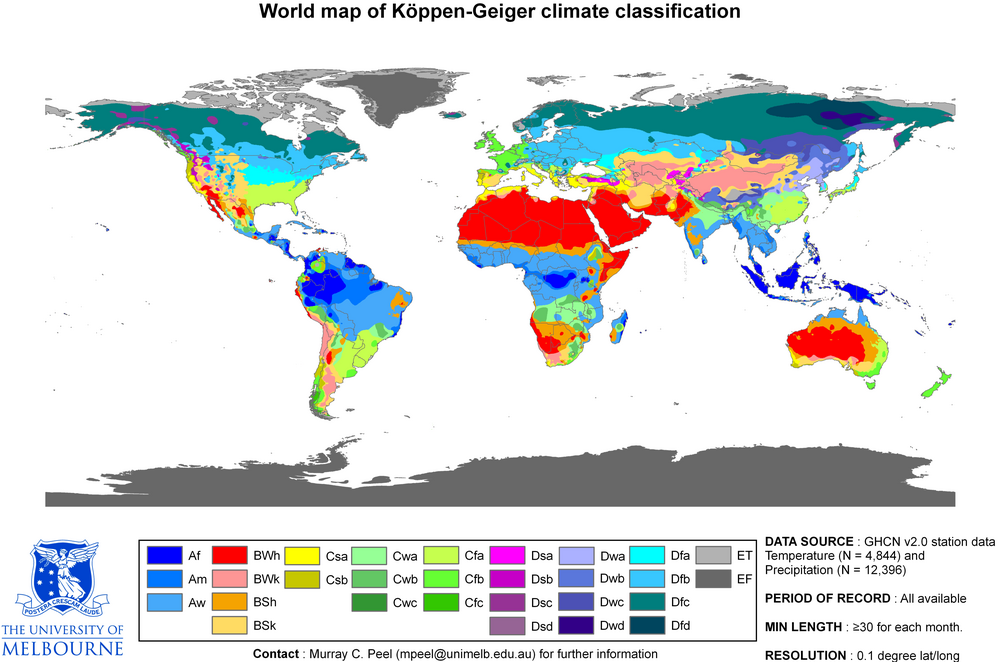 The Living Things Nursery Catalogue and Guide to Climate

The Dry Gardening Handbook: Plants and practices for a changing climate. Olivier Filippi, 2019