This multi-part project is focused on the potential to transform the Arles region in France through the application of a rigorously defined regenerative system of production. The research was developed in part as part of the 2018 Regenerative Empathy studio at the Harvard GSD. 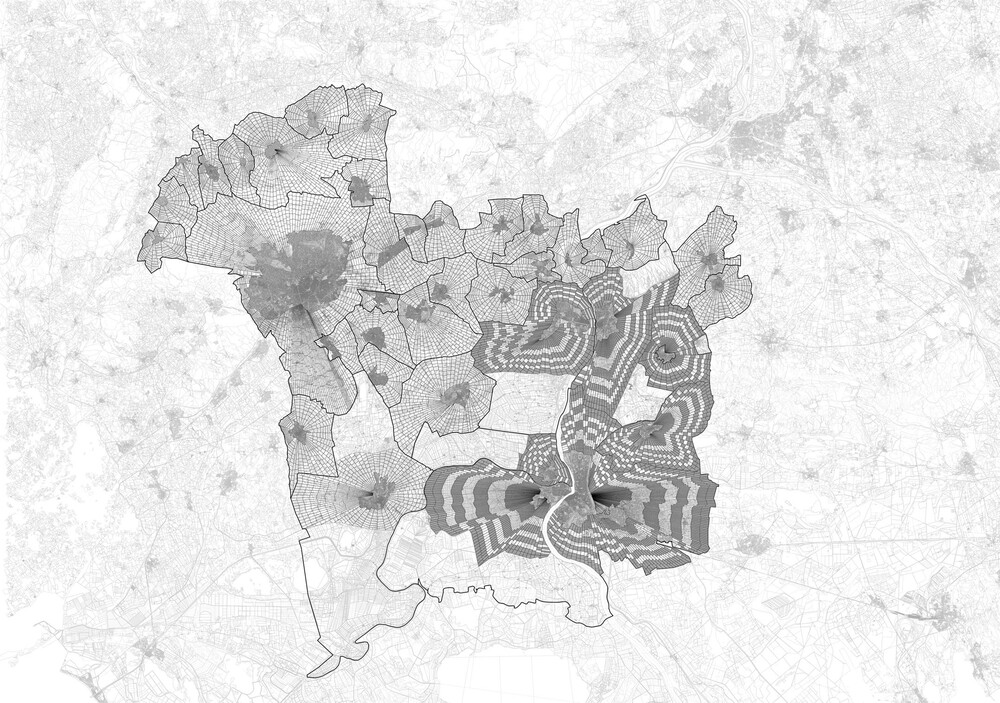 The design proposals explore the spatial potentials of techniques emerging from practices of regenerative agriculture. These techniques form an integrated and mutually dependent system that builds life in the soil and supports a rich network of relationships between organisms while producing nutrient-rich food for humans. They seek to regenerate the rhizosphere as a biological entity by creating dynamic synergies between us humans and new associations of living systems. The creation of this community of different life-forms is, in reality, a constructed complex ecosystem where humans step back and renounce to exploit the land at its maximum.

The design project emerged out of sustained research into the productive system and techniques of Planeses, an 80 acre farm in Catalunya, Spain. By drawing and diagramming the system at Planeses it was possible to translate these techniques from the field of agriculture into design. The distribution of the various elements, the rotational system, the quantity and quality of inputs are continually tested and refined at the Planeses farm, and this data and experience informs the design proposals.

Building on this research, the project then explored the transformative potential of these regenerative methods in the territory surrounding Arles. They propose a new way – or perhaps an old way that has since been forgotten – of structuring the territory around the production of a basic diet that supports the surrounding population. While the production of food for humans is an important part of the proposals, it cannot be viewed in isolation from the rest of the living, eating, dying, transforming, and decaying that is happening all around us, and on which any system of agriculture (regenerative or not) depends. Regenerative agriculture as we understand it recognizes its dependence on the living systems that it exploits, namely the rhizosphere, and tries to support and care for them. Central to this project is the redefinition of the relationship between the other living creatures with whom they share this landscape. When we understand the landscape as co-produced by myriad lifeforms and relationships of which we are only a part, it becomes necessary to organize our management practices and productive systems to support their health and vitality. These proposals are concrete attempts to do this and range in scale from the chicken coop to the watershed.